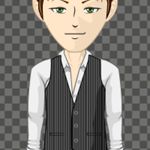 Ces étranges sensations m'emportent, et portent
En leur sein le parfum du corps qui m'escorte,
Et Par delà nos rapports, eternel confort,
C'est martyre tactile que mon âme s'endort.
2
7
0
0
Guillaume Conpte
The civilizational and societal human model has been improved and enriched over the centuries. Our grand-parents, our grand-parents's grand-parents and their ancestors shed their blood and sweat to assure their descendants a healthier future. Wars, massacres, invasion, betrayal, such was the difficult daily life of those who preceded us in the glorious human story. These men and women have fought for years and years to make their world progress, in fields as diverse as economics, politics, religion and justice.
But today, under cover of a falsely puritanical humanism, we reserve ourselves the right to take down these years of sacrifices for the so-called moralistic purpose of advancing our society. Abortion, abolition of the death penalty, diplomatic interference, human rights treaty. We're living in a current of libertarian thought, which considers that no harm should be done to men in any situation, whether it is self-defense or geopolitical problem. Hidden behind this somber excuse sometimes applicable, sometimes not, we veil the face of our world, and the cruel truth it throws us in the face. Unfortunately, this vision of freedom is skewed, and our reality is not rosy. Some dream sellers would like us to live in a world where wars and conflicts give way to peace and love, a world where the strong would help the weak, and where human beings would stop tearing each other apart. Well, I've got a bad news for you all, who fell into the trap of happiness : the world is cruel.
And in a cruel world, as ours is, it should be normal for society to have a way to defend itself from the individuals who threaten it. The death penalty was one of those means. On September 18, 1981, the National Assembly deprives France of this force and submits it to the penal system that we know today. Prison crisis, overcrowding, significant increase in crimes and sexual abuses. This is the daily life we ​​live today, and in many ways it is not the one our ancestors wanted for us.
I already hear the ardent defenders of the cause of "human rights", shouting at the call to murder, the apology of terrorism and the goodness of the government. They will come out with their usual speech, reciting tirelessly every paragraph of the Declaration of the Rights of Man and of the Citizen and emphasizing the prisoner's right to life. But what they will not measure, as they never mention, is that for the prisoner to have as many rights as the citizen, the citizen should have as many rights as the prisoner.
It's not a new problem. The prisons are overcrowded, the care of these is very expensive to the government: food, medical expenses, maintaining functional cells and, for the lucky ones, sports halls, video games and television. The average cost of a prisoner is more than 32,000 € per year. Who will be happy to pay Call Of Duty to a paricidal murderer sentenced to 25 years in prison? What about the colossal economy that would entail the disappearance of the most dangerous of these criminals?

Is it a question of revenge? Is the death penalty the regression of man to these most tribal instincts? To condemn to death is not it to be reduced to the level of the criminal? These questions are legitimate, they must be asked and must be answered. No, to condemn to death is not an action decided by a desire for revenge, it's one of the most difficult decision to take, it must be done in accordance with the penal code and the civil code in respect of the most basic rights to a defense. No, executing a dangerous individual is not going back in evolution, above all, it is to be able to our civilization survive before make it progress. And no, sending a murderer to the gallows doesn't mean become like him, it means that we must each take responsibility for our actions.
All of us, who strut about being the country of civil rights and being one of the most egalitarian countries in the world, shouldn't we question the origin of emergence of these individuals? If we are here, it is not only the responsibility of these criminals, it is indeed the fact that our entire society and our way of life that is the main catalyst! Do you really think that the hashtags on twitter, the white marches, the peaceful demonstrations and the increase in the number of psychatric hospitals will solve the problem? It is a veil to think that. Action is the solution.
How many murderers, rapists, pedophiles, multiple offenders, are waiting to meet their next victim? How many hundreds of millions of euros were wasted on monsters condemned to miserable years of imprisonment for hideous, inhuman acts? How many future young women, children, old people killed and found their throats open in a gutter? How many more schools, hospitals, concert halls bathed in the blood of France? We participate through our inaction in these tragedies. Reaction should be our motto.
The benefits of capital punishment? Huge savings for the state coffers, so significant savings for the taxpayer, the feeling of finally having real justice in a country wounded and bruised by terrorism, murder and hate crimes, a deterrent system in which criminals will think twice before taking action, and finally recognition of the right of society to defend and protect more effectively the French people. Salvation could be our last page.
Judicial errors? There will be no more than today, the system remains the same. The only drawback will be to choose the most effective and humane way of killing the convict. Who would be a candidate for the death penalty right now? Those guilty of premeditated murder, proven pedophiles, live robbery terrorists, and high treasonable traitors to the homeland, totaling about 1,000-2,500. A minimum saving of 70.000.000 €. Nothing more, nothing less.  Salvation could be our last page.
But these are administrative details, which will be settled in due course. Our good country has for too long languished judicially in the face of the harsh reality of our existence. Our future is not rosy, tensions will increase, international terrorism will continue to evolve and find more vicious ways to reach us, to reach our children. The sons and daughters of France have a duty to unite in the face of violence, and to respond firmly and pragmatically to this historical legacy of us. We won't let this legacy die. We will not give up the efforts of our ancestors, who have worked to offer us a worthy present. Let us commit ourselves now to save the future of our descendants, otherwise they will look back and say to themselves: "Why didn't you do anything? We are disarmed, it is too late to save us."
In fact, we have only let our cowardice and lack of motivation take over. Who will be able to look in a mirror, when this mirror will rest on the smoking ashes of a country that was once France?
0
0
0
5
Défi
Guillaume Conpte
15 Juillet 1916, Verdun