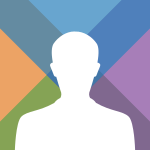 Of all places, prudish America is about to legalize cannabis as an intoxicant. The majority of US citizens want it that way. But the joint is out - businessmen have long had better things in store.

Matt Brown carefully takes a large flower of marijuana out of the transparent bag. Good quality, the buds of the dried plants are compact and covered with a sweet-smelling resin. With his fingers, Brown plucks the weed in two and crumbles it into a glass pipe.

Around him, on a bus in downtown Denver, sit two dozen spectators, most of them men in suits. It's one of those party buses that usually travel around town mostly for steamy bachelor parties. Instead of rows of chairs, there is a leather sofa that runs in a U-shape through the entire bus. The men sit in a circle, tour guide Brown with his pipe in the middle.

Brown pulls on the pipe with relish, then passes it around. Some take deep puffs and blow thick rings into the bus, others puff a little unsteadily and pass the pipe quickly or shake their heads in thanks.

You don't have to be a stoner here to join in. What is important, however, is that you have money: at least one million dollars. That's the admission criteria for the ArcView cannabis investor network, to which the men belong. They all want to make money from what is probably the most lucrative new industry the USA has to offer: the cannabis economy.

Colorado and Washington as test markets

Puritan America, of all places, is on the verge of a drug revolution. From January 1, two states, Colorado and Washington, will allow cannabis as an intoxicant. The two states are considered test markets.

If the trial is successful, others could soon follow suit. In 14 states, corresponding petitions are currently being discussed. In addition, 20 states already allow cannabis as a medicine and often punish illegal use only as a trivial offense.

A new market is now emerging that has long existed in the shadows of crime. About 18 million Americans smoke pot regularly. According to ArcView estimates, annual sales on the U.S. black market for cannabis are currently somewhere between $18 billion and $30 billion.

Legally, by contrast, $1.4 billion has been earned from the narcotic so far. With gradual legalization, that total could increase by more than 700 percent to $10.2 billion over the next five years. According to a Harvard study, complete liberalization would generate up to $13.7 billion annually for the U.S. treasury.

Much more liberal than the Netherlands

The U.S. is the first Western country in the world to completely regulate and legalize cannabis, from production to processing to trade. In doing so, America is going further than, say, the Netherlands. There, the sale and consumption of marijuana in small quantities has been permitted since the 1970s, but cultivation has remained prohibited.

So coffee shops have to get their weed through the back door illegally in order to sell it legally. Only Uruguay is further ahead than the U.S.: In early December, the small South American nation became the first country in the world to legalize all cannabis distribution, from cultivation to consumption. Other countries are likely to follow if the experiment in the U.S. succeeds. In Berlin-Kreuzberg, the district government is currently trying to push through Germany's first legal coffee shop.

"We are facing the biggest economic upheaval since the fall of the Berlin Wall and the opening of the East," says Steve DeAngelo. The 55-year-old founded ArcView three years ago. At the same time, he runs Harborside Health Center in Oakland, California, the largest medical dispensary for hemp in the country, with $30 million in annual sales.

In effect, that makes DeAngelo the largest legal marijuana dealer in the globe. The fact that a majority of the U.S. population, with 58 percent approval, is now in favor of legalization, and that as many as 80 percent recognize cannabis as medicine, is in no small part due to him.

Next up is careddi http://www.careddi.com/brc/66.htm. The Ohio-based company is showcasing a machine that can extract hemp oil from marijuana using carbon dioxide. Company CEO Andy Joseph wants $1 million in capital. Cheaper would be an investment in GrowBuddy. The company offers an app for smartphones that helps hobby growers cultivate cannabis. It needs $200,000.

German expatriate Ralf Rainer von Albedyhll from California, on the other hand, is planning to spend a lot of money. He wants to introduce a kind of health card for cannabis patients as standard: Patient data is to be stored on the chip card and simultaneously recorded in a database that dispensaries as well as doctors can access. Cost of the investment: four million dollars.